Special thanks to Djinny for making this awesome banner


​
This old event will begin once again from this year in forward, will consist of the same, common and current PK Event that we know nowadays but on a large scale with some other new variations that i'll explain hereinafter, in fact it will consist of mixed classes (BM/LE/DM/GM/HE). Since it's known well, this event will be carried out only once a month and there will be effected every last Sunday of every month, you will be able to acquire in-forum a special tag for the winners of this great event, this one is the "PK Monthly Winner", so you will be able to show this tag during a complete month and for saying it this way, you will be the person who will defend the range of best Assassin of the month.

- Which's the PK Monthly Winner tag?
Is the special tag that will be given to the winner of the most popular big PK Events in-game, this means that this tag represents the best Assassin for a full month in-forum.

- How will be announced this Event?
The Game Master will announce a single time in this thread the event start time so that way all players in-forum may be aware of it, then the GM may enter the server 11 to announce it publicly, that way the server that has been chosen to fight will have a great confluence of participants.

- The site of the event can change?
Yes! this site can change depending on the players' quantity and the Game Master can do it in some another map with a decent space to fights.
Click to expand...

.: Special forum tag for the winner :.

The prizes are only for wins in a row !

Not following the rules will lead to disqualification.
Spam will be not tolerated in this thread.
For any question PM TrezaN !​

Hello dears, the first event will be hosted tomorrow 30 minutes after Castle Siege in server 1. There will be further information in game Get your friends and let's have some fun !
Andromeda

Due to personal issues event will be hosted few hours later I doubt I will be able to meet the deadline I've set for which I apologize ,keep in touch with the thread and see you a bit later
Andromeda

Hello, the PK monthly event for February 2014 will be hosted in 15 minutes in server 1 ! Get your parties ready
Andromeda

Hello dear infinitians,
today was hosted the first PK monthly event in our server by me and Jero . It was fun, many people joined and it was a clean fight Next time we are expecting more people to join, our winner for this month is: K0L0TSKI !

See you in the next edition of March !
- Sephora

This is the Video I've taken while I was there =)
Enjoy
Jero
Last edited by a moderator: Feb 28, 2014
Andromeda

Hello there, i am writing this post to remind you of PK monthly for March will be hosted this Saturday (29/03/2014) 1-2 hours before Castle Siege event. More information will be updated
Andromeda

Pk monthly event will be hosted in 15 minutes, 16h GMT+1 in server 1 , Devias Arena! Prepare for the battle, dont forget to call your friends to support you
Andromeda

This Pk monthly was hosted by me and Wrathbinge and there were more people than last time, more buffers, sms and elves (for next time we expect DLs to join too ) and teamwork was important until the very end where parties had to fight against each other! The winner is [P]atrick / Madara . In the end there was a very thrilling fight between AiMgLobaL, [P]atrick and sm DarkWhyn, which you can witness on the videos that will be added as soon as possible.
Thanks to everyone for joining and we will be waiting you in the next Pk monthly of April!

See you in the next edition of April !
- Sephora
Last edited by a moderator: Apr 19, 2014
Andromeda

Hello hello, April's PK monthly will be hosted this Saturday , 26 of April, since it is the last Saturday of the month. It will probably be 2 hours before or 1 hour after CS, most likely after since before is too early for some countries, where many of our players come from. Keep in touch with this thread for more information :strawberry:
Andromeda

Event will be hosted as soon as possible, until the end of the month unless some other GM offers to do it, since i am moving out from my flat and have to be in the other one by Wednesday,therefore can't say certainly, i will update in the thread 15-30 minutes before the event is hosted. Thanks for understanding.
Icebreaker 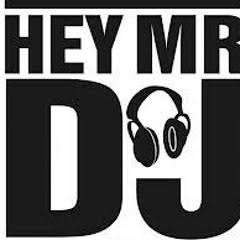 Sorry for the late reply, due to personal issues Sephora couldn't host this event for the month of april, so be ready this weekend after the Castle siege because i'll host it.. that's all! also i invite you all to check daily our forums and specially this thread since i will update it ! before the event
Icebreaker

hi there guys, come at game the event will start since the CS is already over, come to server 1!!!
Last edited: May 10, 2014
Icebreaker

Hi guys, we had so much fun while this event, a lot of people joined and also there were a lots of good fights.. after a looooong time like 30 mins we got our finalist who were AiMgLoBaL vs SiIverKing .. they are strong, i had to ask for remove the helms so in that way they could kill each other, after 5 mins we had a winner and yes OUR WINNER IS : SiIverKing
thanks to everyone who joined and also congrats to the winner!

Here are some photos : Hello everyone! Because of the fact that i just got my internet back today, i announce that the PK monthly for May will be hosted this Saturday, 1-2 hours before or after CS. More information will be updated later. Hope to see you there!
Andromeda

Hello everyone! PK monthly will start in about 1 hour and 30 minutes so get ready! Place is like always, Devias server 1!
Andromeda

PK monthly event of May

Well well, another month has passed and we have a new winner of the PK monthly! This is character WAR / Pep0 who fought with the best in this edition of the event. There was all classes of characters - elf, dl, bm, sm. In the end there was 4 BMs and 2 Elves left, one elf was disqualified for running. The last bm-bm fight was between WAR and lackDoG and then WAR vs elf TempleRun which handled a lot actually . Congratulations to the winner and thanks to everyone for joining, i hope you liked this edition and looking forward to seeing you in the next one! ​

Hello everyone, just to remind you that today we start the last week of the month, which means that PK monthly event of June will be this Saturday, 28 of June. Cheers and hope to see you there! Later there will be further information
Last edited: Jun 23, 2014
Andromeda

Hello again everyone! As you probably know, the PK monthly for June is today and it will be hosted 1 hour before CS, which means exactly 2 hours from this moment in server 1. Hope to see you there!
Andromeda

Hello there again This month's PK event was very very nice, there was a lot of BK, SM and Elfs! It was hosted by me alone and there was nobody disqualified, for which i congratulate everyone The event continued around 30 minutes, 6-7 of which was battle between 3 bms - K0L0TSKI, [L]eon and SiIverKing - combos everywhere The final fight was long and it was between SiIverKing and K0L0TSKI. All i can say is that it was a nice long fight, the audience was betting for the winner
And the winner this month is .. K0L0TSKI ! This is his second win since the event exists Congratulations!

Hope to see you all next month again!